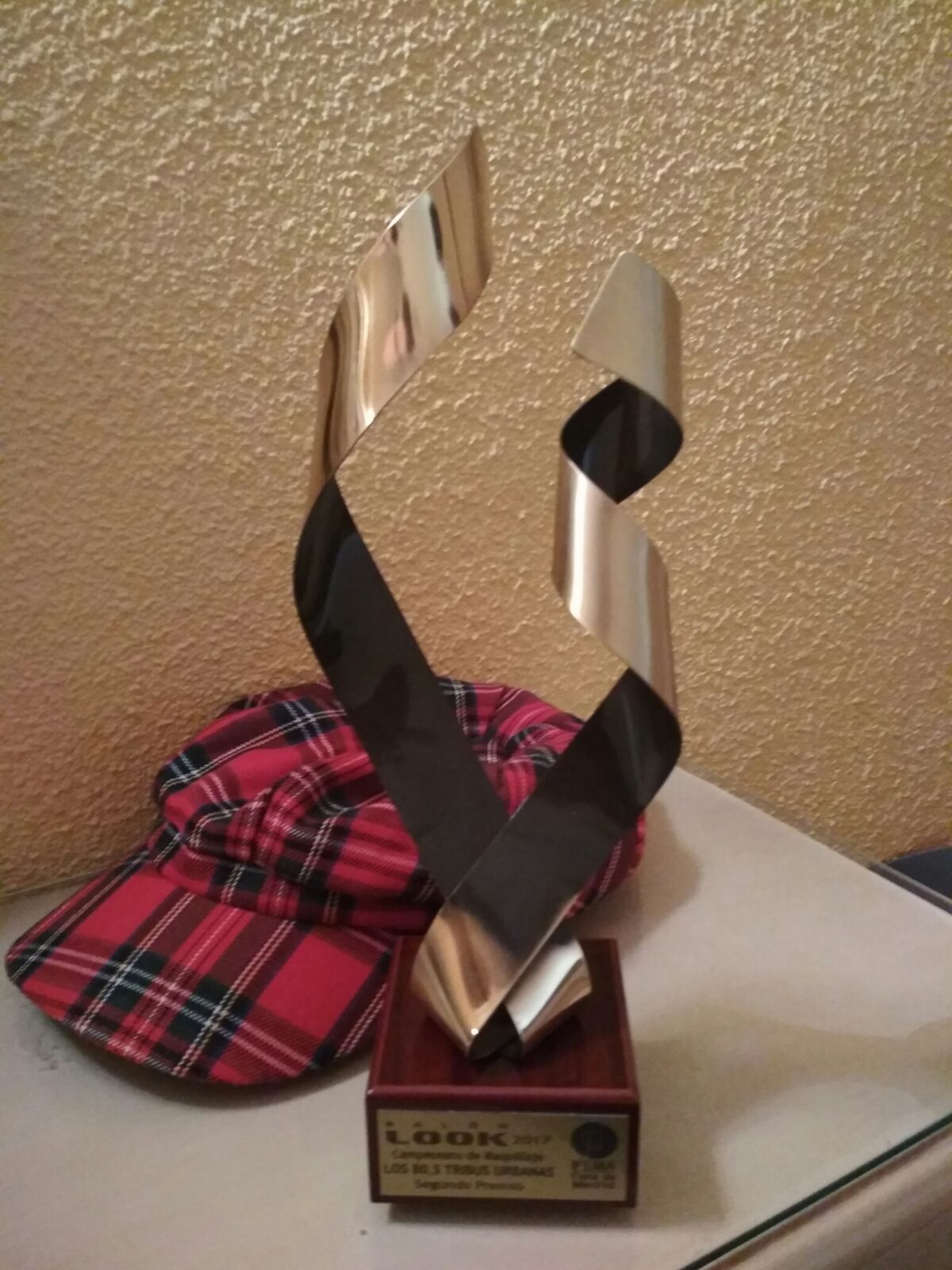 There’s been a lot going on this month! Luisa, a current student, is a lady who loves ‘make up’ and also fashion and this month she entered two competitions. One in Malaga and one in Madrid. The ‘latest brief required her to produce makeup reflecting ‘Urban Tribes of the 80’s’ and also ‘Dark Ladies. Luisa opted for a PUNK theme ‘for the first one and came to class with a sketched  idea of what she wanted to produce to enhance her makeup. For the ‘Dark Girls’, she decided to use the long bustle skirt we made for her first competition, and also a ‘pannier’ frame and boning for sleeve interest. 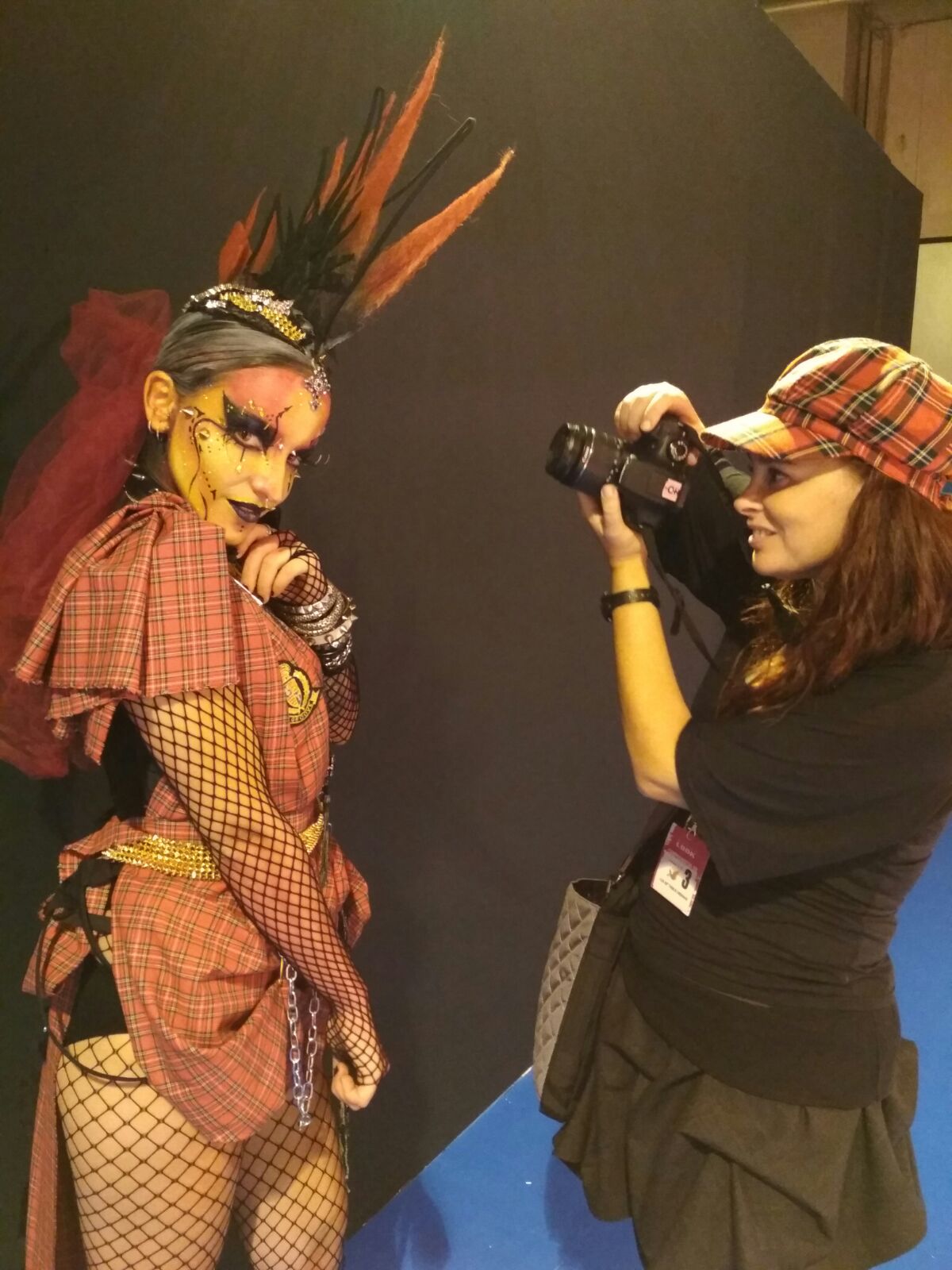 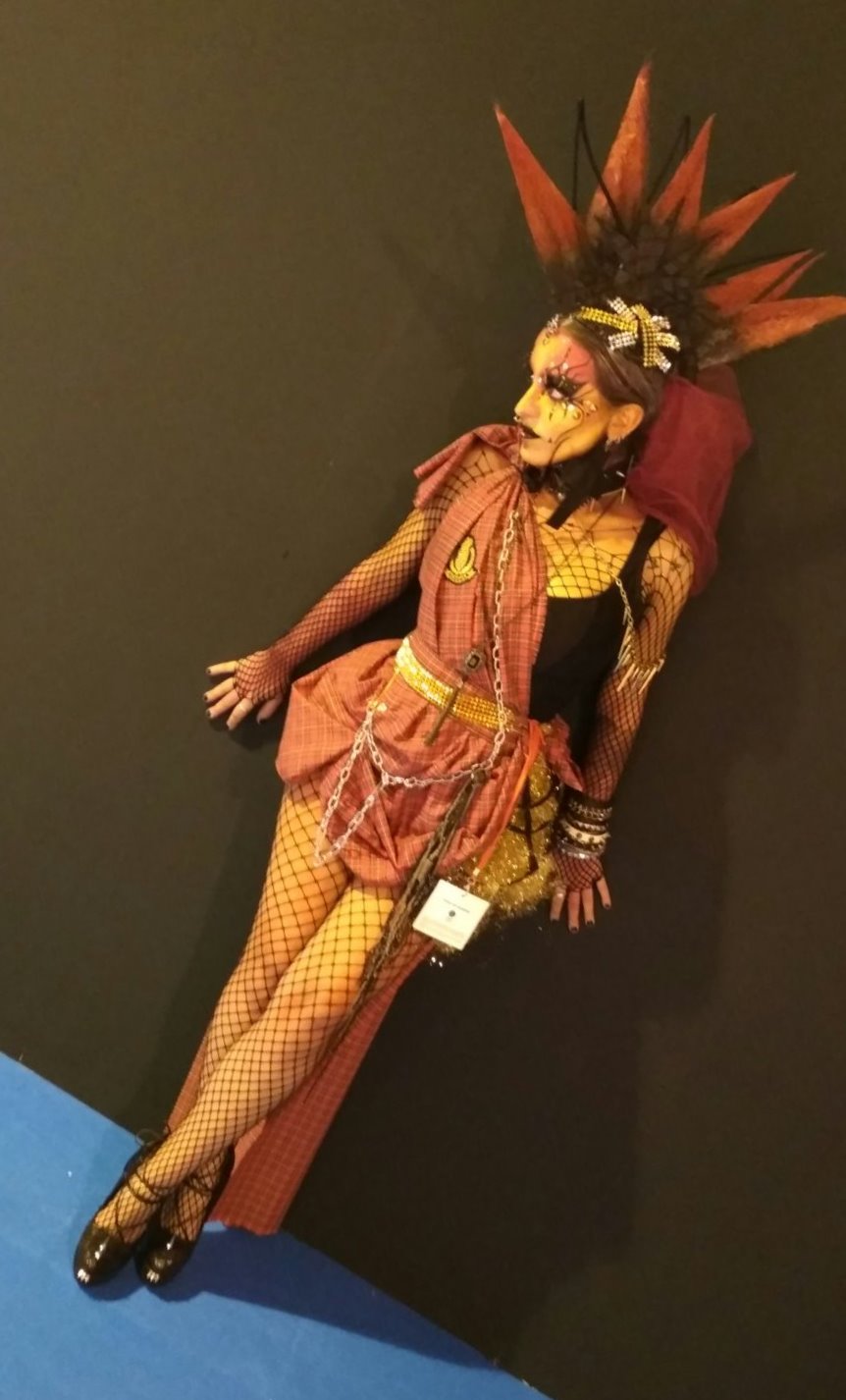 Here is her other entry for DARK GIRLS in which she competed well but unfortunately didn’t figure in the prizes this time. 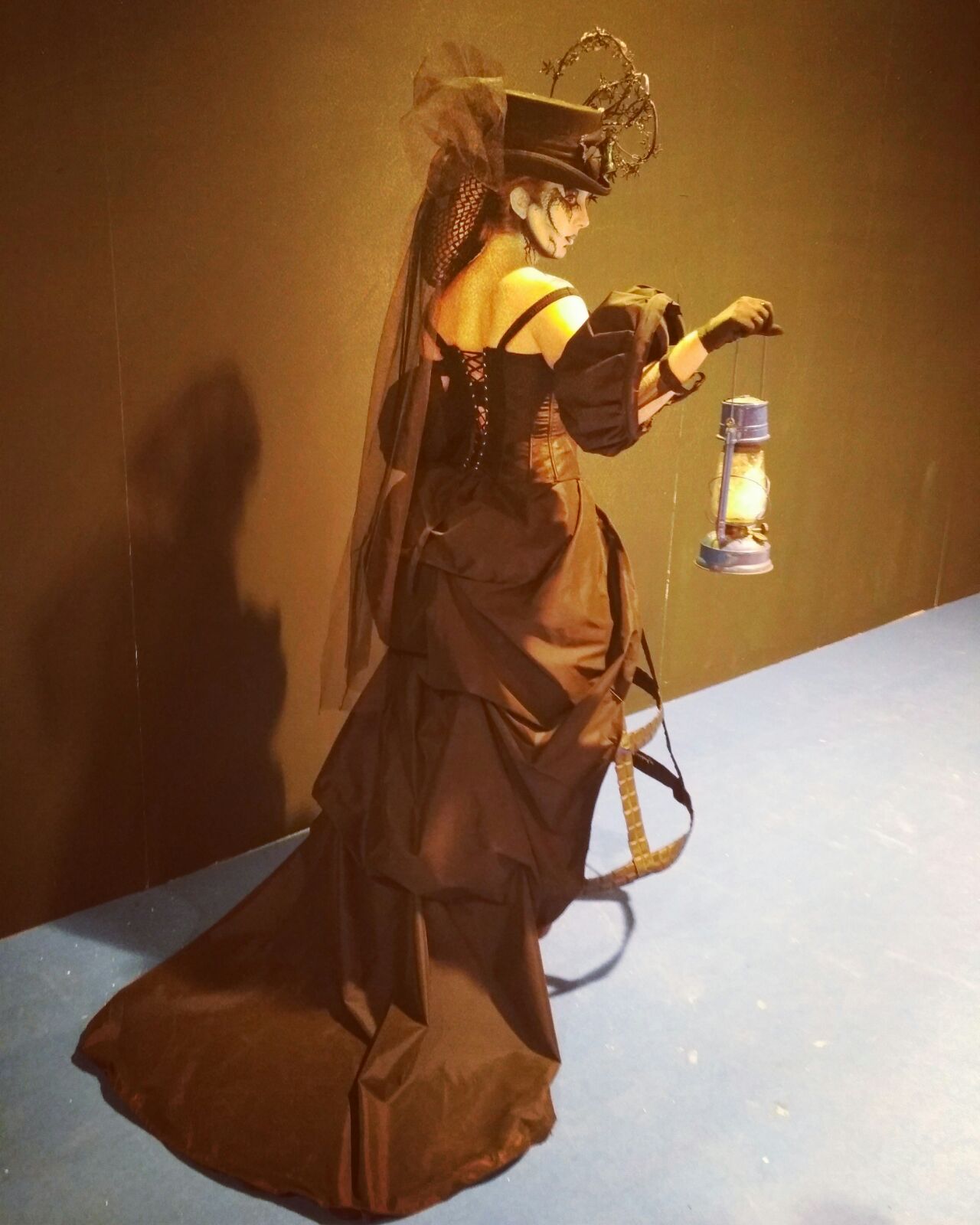 Showing the back of the bustle skirt used her 1st competition. 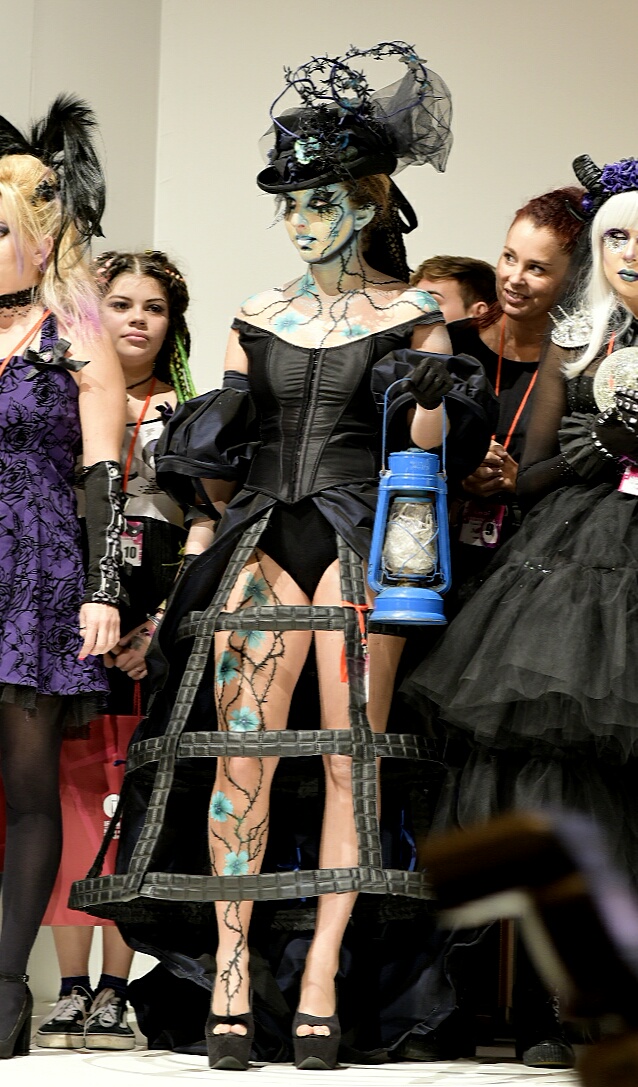 As the new academic year begins, our ‘1st years’ started with…… 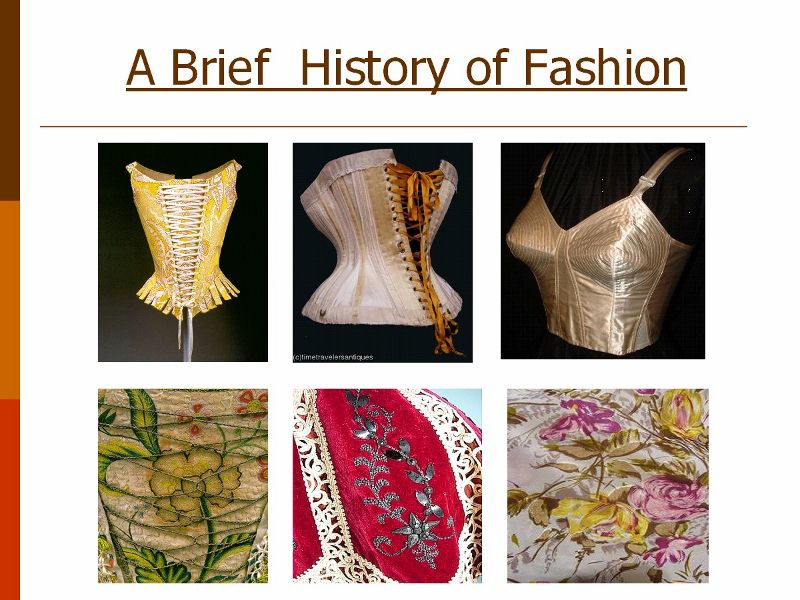 and here’s a taste of what our students learnt today…..

For our 1st lecture, we travelled back in time 3000 years, to Ancient Greece, in order visit one the greatest civilizations the world has ever seen. Garments then were little more than artfully folded or pleated lengths of cloth, held together with ties or belts and secured with elaborate clasps or pins. This was, due in most part, to the fact that fabric was an extremely precious commodity which you would not want to cut in to unless absolutely necessary, so shapes were simple and uncomplicated. 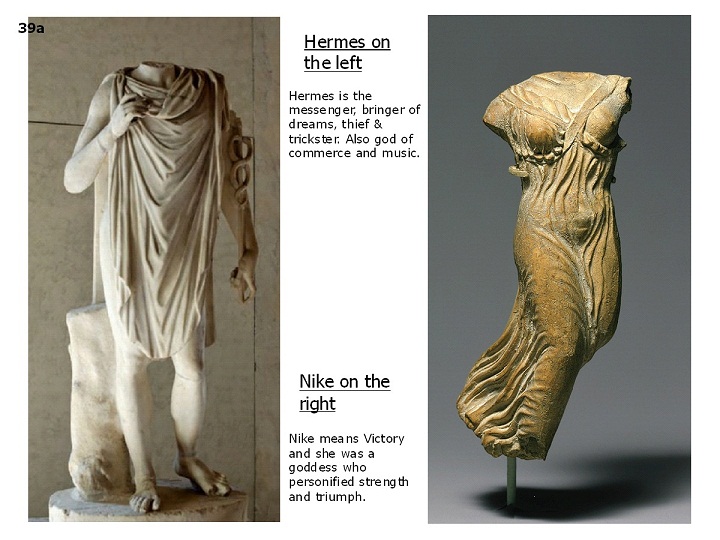 This simplicity always seemed to me to be complimented by neutral colour, as, having seen the dress of the Ancient Greeks portrayed in films over the years, I  understood the garments to be made of an unbleached or white linen…………however, you like me many years ago, would be in for a surprise! …….

45 minutes into our lecture, we moved on to the next era, which was the Dark Ages. 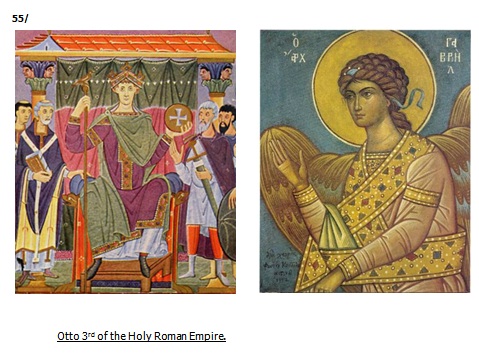 Not much is known about this period, the clue being in the name. The main resources available to us for the study of clothing of the period, comes by way of illuminated manuscripts from the church, portraying the dress of the nobility but as for the ‘garb’ of the general peasant worker, we know a lot less. Still, we know that vestiges of the Roman and Greek dress remained but in a smaller way. The cloak of previous years reduced in size to become little more than a heavily embroidered sash wrapped about the shoulders and across the chest but did you know that variations on this theme are still worn today.  You can see them in the vestments of the Greek Orthodox Church and for that matter, many religious robes. 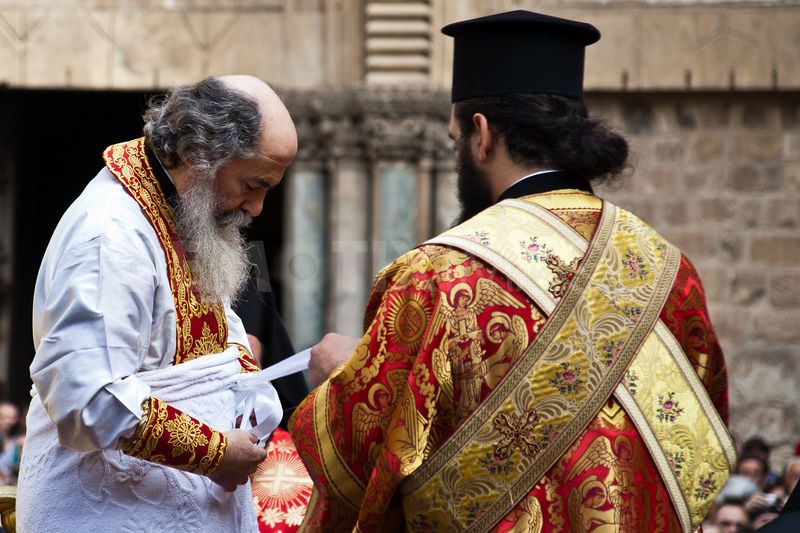 One other interesting fact for you. You may or may not know, that architecture and fashion often influence and feed off each other. During the Gothic period, the architecture of the day was elongated and pointed. 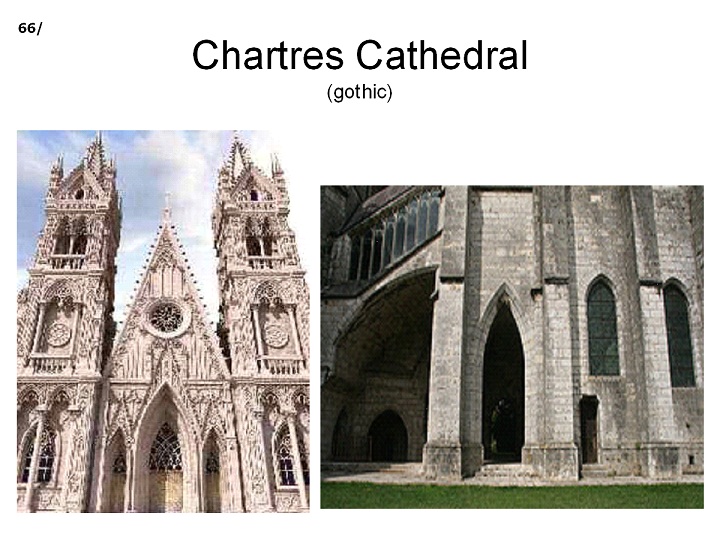 A trait that was echoed here in the footwear of the time. 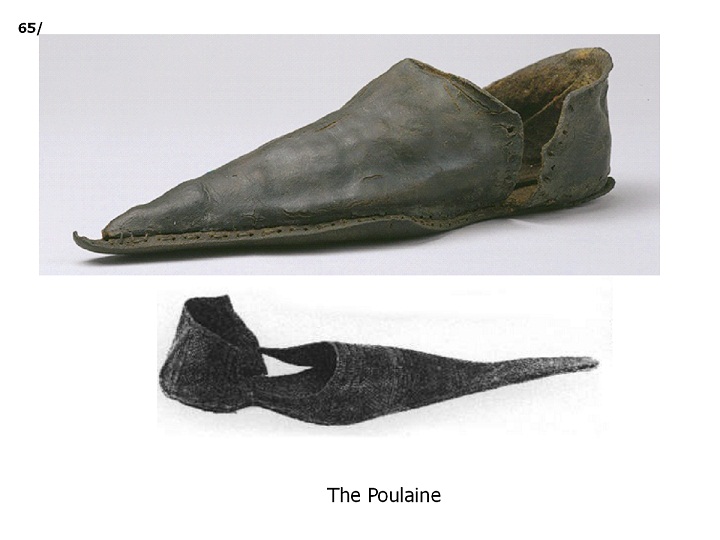 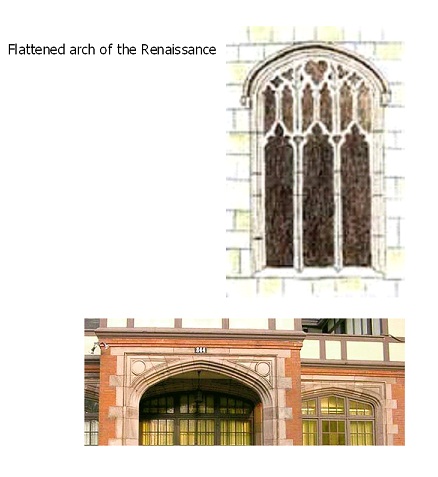 ….and look what happened to shoes……. 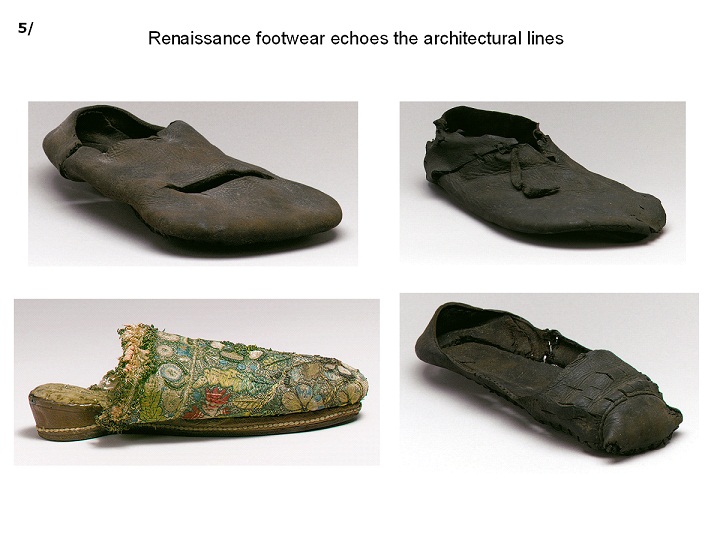 Well, that’s all for now. Pop back for more insights in to Fashion history in the coming weeks.

You may think that it’s not important to know what has gone before when all you want to do is design for next season or next year… but you’d be wrong! Many names and designs for garments, have their roots firmly in the past and you may be caught out if another designer, buyer or customer asks, by name, for a certain garment type that you had never heard of before. There are other reasons to study the history too.

It provides you with a point of reference as to “where we are now” and “how did we get here?”.It will furnish you with an endless supply of ‘inspiration’ for future collections and most of all, it’s fascinating!!

We started our studies looking back at Greek and Roman Times. Discussing the drape of the clothing, which appear to be so simple. Try to develop something along the same lines for today’s world, and it can be anything but simple! Over the centuries there have been a number of ‘classical’ revivals. Have a look at the three garments at the top of the page. Can you put them in chronological order? Answers further down the page.

This month we’ve had a new class called……

We looked at various options available when thinking about repairing your favourite denim type items. The photos posted are of a lightish weight, chambray  short. There were holes in the legs, (front and back) pocket area and also the crutch. The fabric on all of the legs was also feeling rather thin and it was decided that there would not be much point in repairing the holes if more holes would surface in a month or two’s time. Better try and pre-empt any further problems happening now. 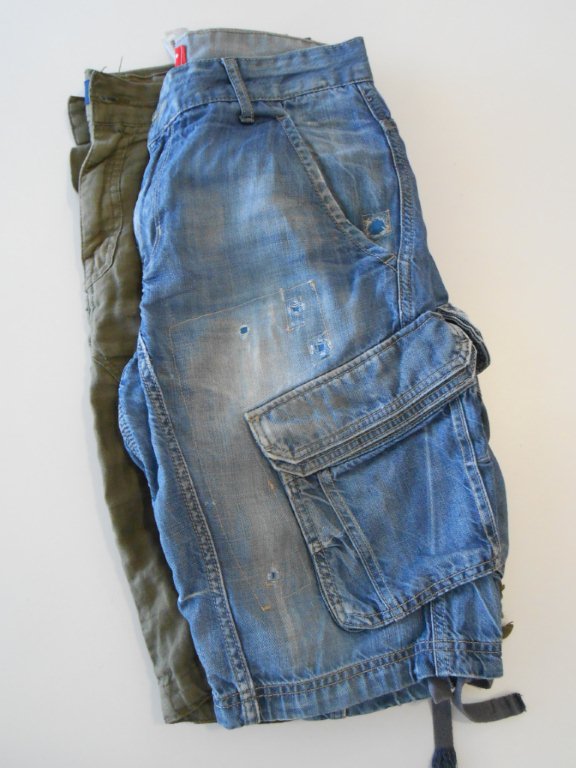 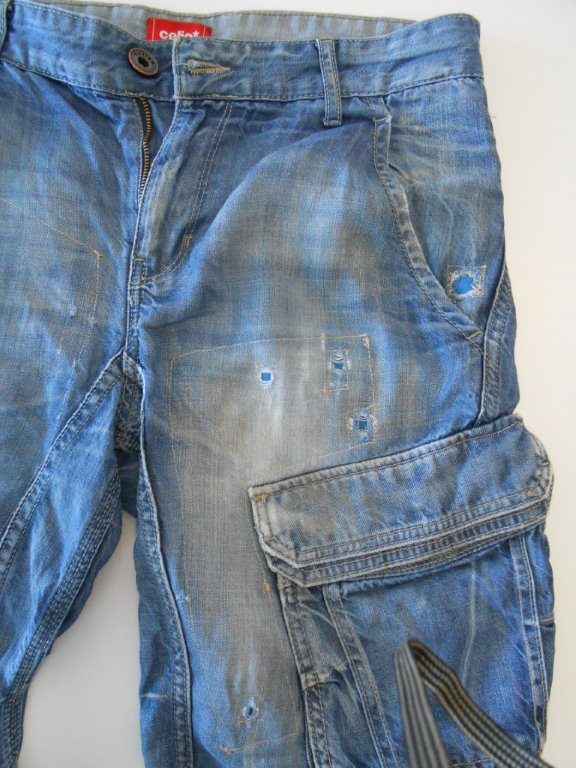 The pair of shorts…Here they are already repaired but you can see the extent of the holes. The R H side photo is close enough to see the stitch lines of the patches panels that have been sewn underneath.

The photo  below shows how we also reinforced around every hole with a small stitched square to stop the fraying from spreading.  The fabric we used underneath was not denim as that would have been too heavy on the leg and would have put further strain on the thinning body of the leg. We used a pigment printed, lightweight canvas that was in a complimentary blue colour. 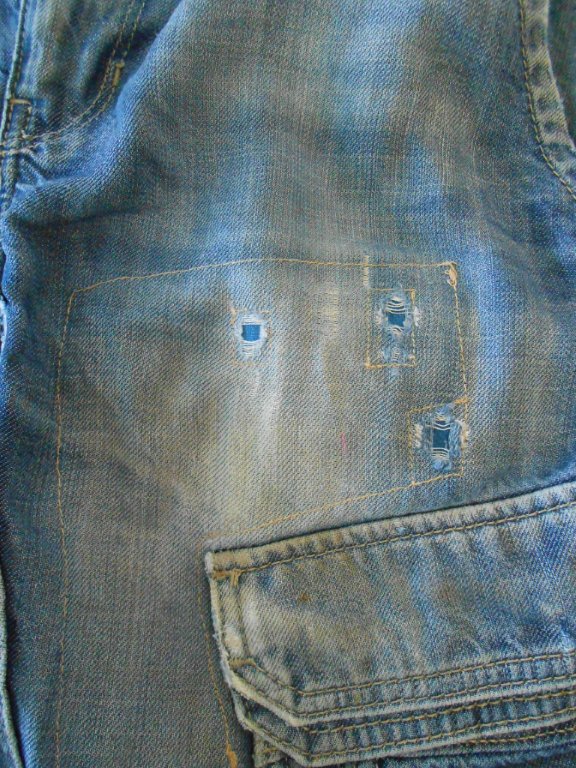 Here is a close up of the hole at the pocket and you can see the canvas colour clearly showing. This was a fairly large hole  so we zig zagged around the hole as well as containing it within a stitched frame. 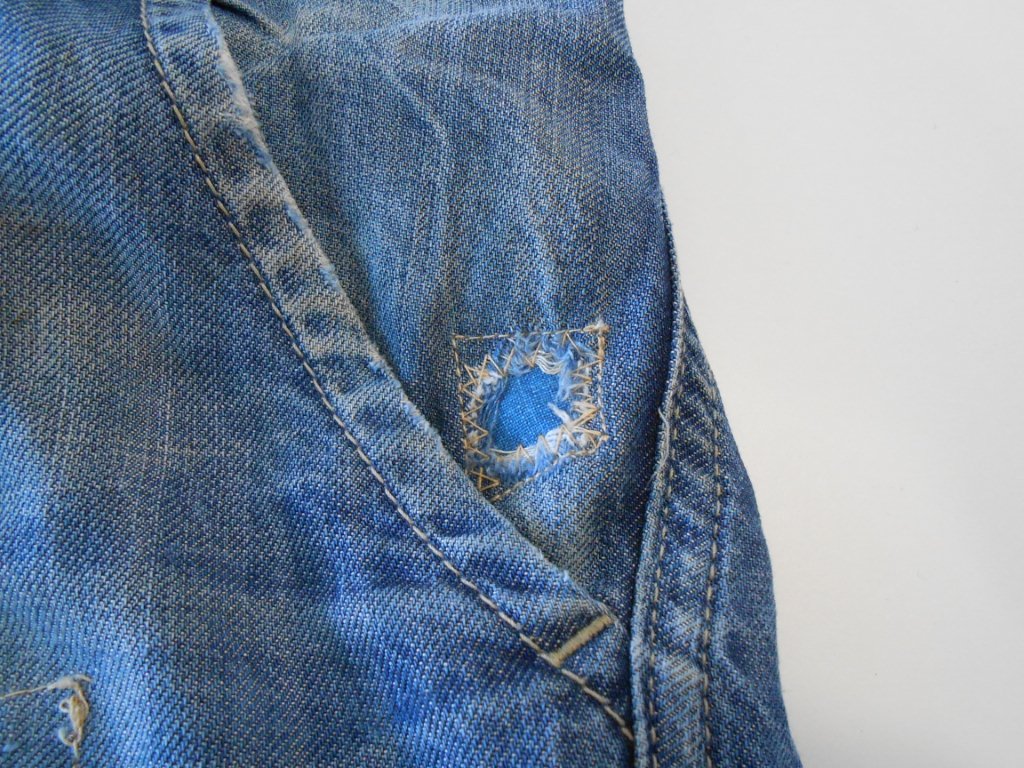 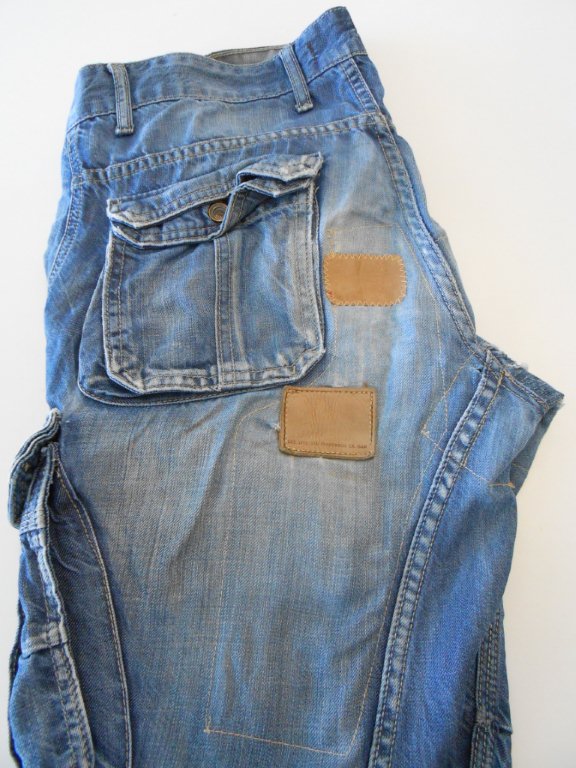 The back of the shorts also needed work. The legs, one again were showing general signs of wear and were feeling very thin. There were substantial holes on one leg and a ripped seam and hole at the crutch. 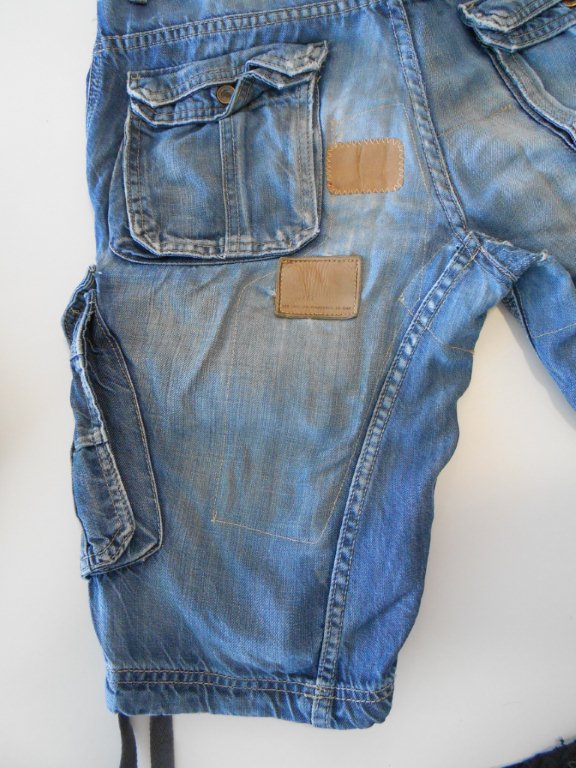 On the close up you can see the rectangular shaped stitched panel of the repair patch beneath. The leather patches were taken from other old jeans and used to stitch over the large holes. One was zig zagged, and one was ‘lock stitched’. 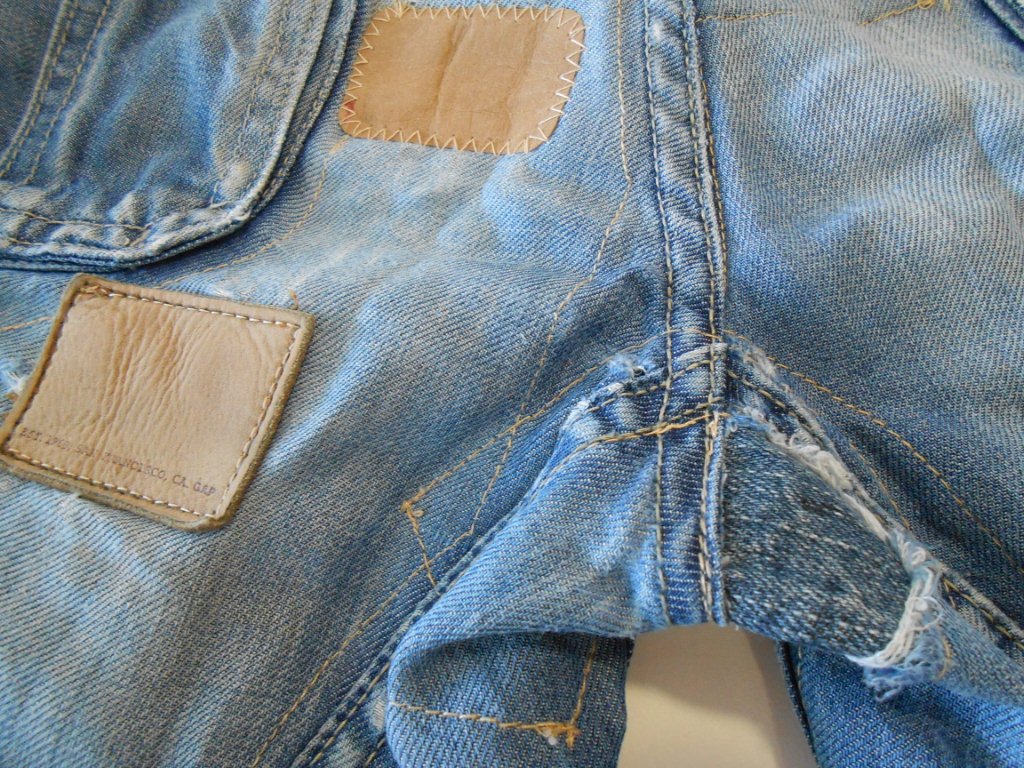 On this last photo you can see a close up of the crutch area. The hole here was pretty big and it was thought that the seam, which was still strong, could hold a denim patch. You can see that it blends quite nicely with the rest of the garment……

So, don’t despair when your favourite jeans start to fail. Patch them sympathetically and they will reappear not only with character,  but with another couple of years added to their life!!

On 3rd October, following a week’s lectures in the “History of “Fashion, our students were asked to make a dress following the CC41 utility regulations. So what exactly does that mean? Well it is making a dress with the war time limitations…as listed below.

How do you think you would manage with this task? We’ll be posting one of the student’s designs next month.

NOT TO HAVE THE FOLLOWING:-

more than 5 buttons and 5 buttonholes for any openings (other than cuff openings) except in button-through dresses, where buttons may be placed along the openings at intervals of not less than 10cm

more than 1 button and 1 buttonhole on each sleeve.

in relation to dresses of sizes of up to 110cm hip, any pleating or any pleats, other than 2 inverted pleats or 2 box pleats, or 4 knife pleats (the underlap of each side of any pleat not to exceed 17.5cm when fully extended).

fold tucks except to give necessary fullness and the total stitching to be used for the purpose of making such fold tucks shall not exceed 125cm.

any pin-tucking except that which consists of material doubled over on itself to form a tuck not exceeding 15mm in depth, not embodying any extraneous material [i.e. cording], and which is stitched with a single line of stitching.

more than 400cm total length of machine stitching, being hem-stitching, faggot stitching, or bar-stitching, and then only to be used (a) for the purpose of attaching a hem to a garment or (b) as picot-edging to form the edge of a garment.

ornamental stitching (which shall include any stitching which is not used for constructional purposes) apart from plain stitching to strengthen collar and bodice front opening.

ruching or gathering except to give necessary fullness.

ruching or gathering in excess of 5 rows in parallel.

Embroidery (hand or machine), appliqué, appliqué work, appliqué embroidery, braid, quilting (including puffing and matelasse), beading, sequins, rouleaux work (except for one row as a finish for the neck or sleeves), drawn thread work, galloons, or lace or lace-net trimmings.

buttons for the purposes of ornament.